​He spent 23 years of his life as a lay person, another 23 as a monk and then priest, and the last 23 years of his life as a hermit. He would sleep a few hours a day, spend hours preparing for the Divine Liturgy, work prayerfully in the fields, and immerse himself in adoration of the Blessed Sacrament and in meditation on the Lord’s word. He lived in poverty, silence, obedience, fast and abstinence. He bore insults and humiliation with love for others.

Miracles during his life: God communicated to St. Sharbel at various times influence over animals (locusts, snakes…); he also healed the sick, interceded for a barren woman to conceive, exorcised demons, and was instrumental in the spiritual conversions of others.

More than 33,000 healing miracles have been reported to date in the records of the Monastery of Saint Maron-Annaya. In addition, there are countless thousands of miracles reported in Lebanon and abroad that do not appear in these records. 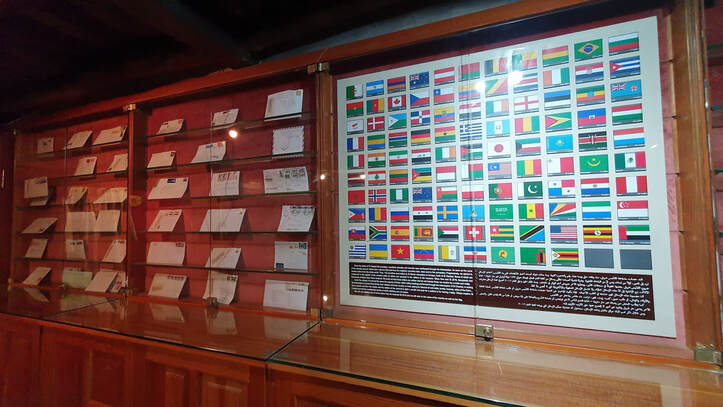 Letters of Miracles and the flags of its Countries of Origin.  Image by Naanouh Productions
Saint Sharbel is a great intercessor who develops a true relationship with those asking for his intercession with faith and prayer. Many times, this leads to a miracle through God’s will.​
Click here to watch Miraculous Healing Videos.
Back to top.
Family of Saint Sharbel USA
9340 Braymore Circle, Fairfax Station, VA 22039